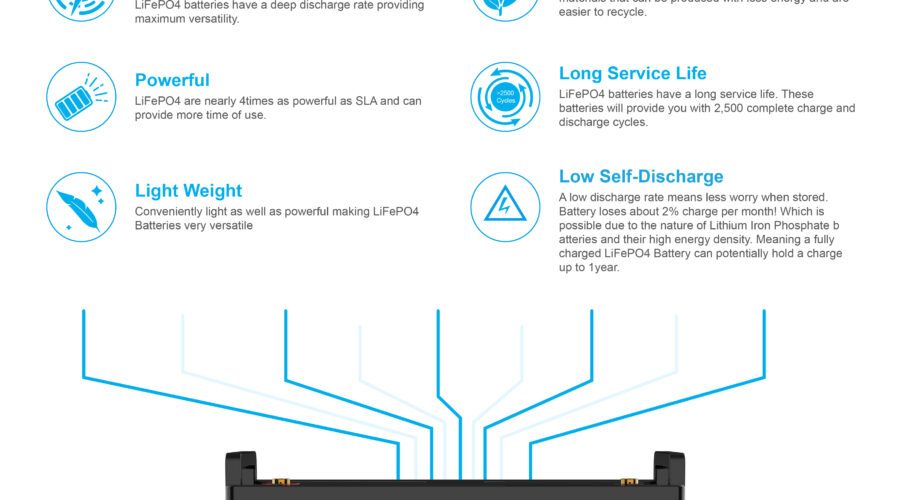 If you’ve spent most of your life driving a conventional automobile, you’ve probably never had to use a deep cycle battery.

However, you’ve probably heard of it.

We’ll try our best in this essay to explain the deep cycle battery to you.

Deep cycle batteries, like those found in marine vehicles, are intended to provide consistent power over an extended length of time. This is why this battery is frequently referred to as a maritime battery.

It’s not like a vehicle starting battery, which generates a lot of power in a brief burst and is recharged by the alternator.

The term “deep cycle” is commonly applied to lead acid batteries in order to distinguish them from lead acid starter batteries. It refers to the ability to discharge the majority of its capacity before needing to be recharged.

What is the distinction between deep cycle and starter batteries?

All lithium batteries are technically deep cycle since they can be fully charged and drained.

Next, let’s have a look at the various deep cycle batteries.

What Are the Different Kinds of Deep Cycle Batteries?

Both lithium and lead acid battery technologies use the deep cycle feature.

Each deep cycle battery type has advantages and cons, and you must choose which is ideal for you.

Let us now examine each of these battery kinds separately:

AGM deep cycle batteries have low internal resistance and charge faster than flooded or gel batteries. It has a charge efficiency of 95% and a depth of discharge of 80%. (DoD).

AGM batteries have several advantages, including the fact that they are maintenance-free, position-insensitive, long-lasting, and fast-charging. It is, however, more costly than a flooded cell battery and is sensitive to overcharging, necessitating the use of a controlled charger.

The normal flooded lead acid battery is the most common form of automobile battery.

Lead plates in the flooded battery are immersed in an electrolyte solution of sulfuric acid and water. During charging and discharging, the chemical reaction creates gases that are evacuated from the battery. This causes a decline in the electrolyte level, which must be replenished on a regular basis.

Usable capacity refers to how much of a battery may be used before it has to be recharged; in this example, it is up to 50% of total capacity.