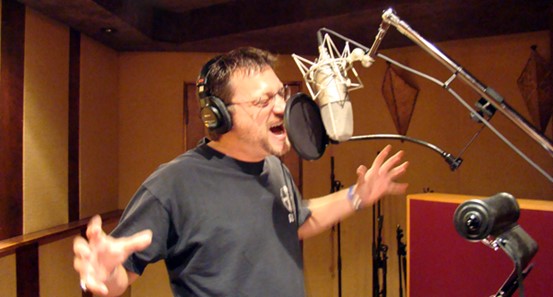 Though a strong voice over demo can help you land gigs, you won’t always be able to rely on such to find voice over work. Quite often, you’ll be auditioning for each job, alongside countless other voice actors with the same goal: getting the job! So, aside from having the perfect voice for the role, you’ll also need to prove you’re the best fit—as your competition may have a similarly-fitting voice for the audition.

Simply put, knowing how to get into voice acting and how to enter an audition and set yourself apart from the competition is crucial in landing voice over jobs, and there’s plenty of ways to do so. Without further ado, let’s take a look at some key tips in nailing a voice over audition.

No matter how you slice it, auditions make up a key part of any voice talent’s day. With lots of time required for active jobs, marketing activities, skills development, and probably plenty of administrative tasks as well, the need to be efficient with your auditioning process is critical! Here are 6 tips that can help get you from “record” to “send” more quickly, without rushing or cutting any corners.

Many productivity experts advise that similar or repetitive tasks should be grouped together for better efficiency. Anthony Robbins uses the term “chunking “.

The idea is that by doing this, you take advantage of flow and continuity. So, instead of recording a single audition, and then editing and submitting, try recording a group of 5 to 10 auditions in one session. Then do all your editing, followed by all your submitting.

Obviously, this technique works best for jobs that require similar recording levels to start, but with a bit of practice you can even incorporate level changes into your session and benefit from not having to stop and restart after each audition.

2.  Make Editing a Snap – With the Way You Record!

Whether you’re new to voiceover or have been at it for years, you’ve no doubt heard about, or probably use a variation of the “snap” or “click” technique.You can learnhow to do tiktok voice over.

In a nutshell, you make snap or click sounds during recording to visually mark your audio waveform to help distinguish between good takes and throw-always: After a take, snap your fingers close to the mic, or make a sharp clicking sound with your mouth.

The resulting audio spike will show up clearly in your waveform. I like to make 2 snaps after a mistake or bad take, and 1 snap after a good one. Once I’m done my recording session, I simply find the sections with 2 clicks at the ends, and hit delete!

If you commit to recording a “chunk” of auditions, be sure to use your recording software’s markers to divide them up: Place a marker at the beginning of each audition section.

If your recording software or DAW has an “export from markers” function, use it to quickly split your recording session into the individual audio files for each audition. Also, say the job number or name prior to reading its script. It will help you quickly match the audio you have with the job posting. Once you’re done recording, it’s time to edit and polish the audio.

Be sure to edit out the recorded job number or name before saving. Remember: Clients and producers often listen to hundreds of auditions for every job, and as a result you may only have seconds to catch their attention! So, it’s really important that you get right to their script and impress them early on.

If the script is available prior to the audition, take time at home to completely analyze it. If it’s a commercial, consider what’s being sold and how. If it’s a video game, you need to know the setting, each character, and the voice required. Of course, you won’t always get the script before arriving at the audition. In this case, arrive 10 to 15 minutes early and start reading through the script.

Similar to analyzing the script, you’ll need to determine the right tone for the role you’re auditioning for. This may also be impacted by the setting, but you also need to know the type of character it is. If it’s a commercial, the tone may reflect the type of product being sold, it’s benefits, or it’s necessity.

Thank you for your reading. Good Luck!